If you have been involved in any form of construction dispute, you will be aware of the Delay and Disruption Protocol. Born in 2002 by the Society of Construction Law, it has underpinned dispute resolution procedures since then. It was noble in its intentions, yet has been contentious in its application – an inevitable outcome when trying to bring clarity to the extremely complicated issue of dispute resolution.

Somewhat ironic that during the Protocol’s 10th birthday celebrations, a spontaneous vote almost unanimously agreed it needed review – a result that could not be ignored! Three years later and Rider 1 was produced – so I thought it worth reminding you what the Protocol means in practice, where it does and does not work and what the revision means. 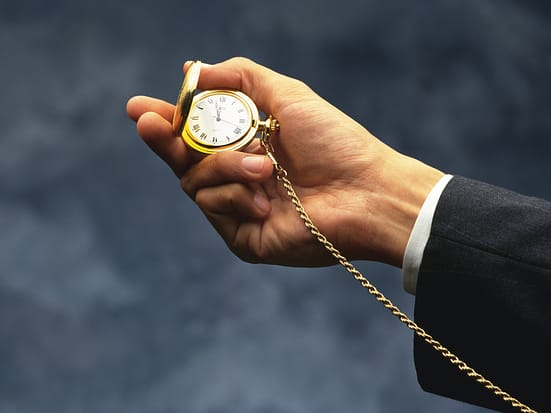 What is the Protocol?

As the name suggests, the Protocol deals with the management and analysis of events that have a time related impact on a construction project. It aims to clarify procedures for time related events that occur both during and after the completion of a project, with the ultimate objective of reducing the number of disputes our industry faces.

The Protocol is split into four guidance sections:

1  This helpfully defines various core principles including float, the dreaded issues of concurrency and attempts to detangle complicated issues such as disruption.

2  This focuses on Programmes in general and why they are crucial to a successful project and suggested best practices. The importance of records is emphasised here.

3  Basic guidance on handling extension of time issues during the course of the contract, including the recommended approach for analysing Extensions of Time (EOT).

4  Usually of most interest to practitioners as it deals with disputed EOT issues, considering everything from the terms in the contract through to required documentary proof.

The Right or Wrong Protocol?

Opinions on the Protocol and its successes (or failures) divide lawyers – however what is generally agreed upon is that core parts of it were successful, and a revision of other parts was long overdue.

Personally I think the standardisation of definitions and points of reference have been welcomed, and I whole-heartedly support the use of programming, the endorsement of record keeping and the best practices it recommends. I roll my eyes at those who complain that these are unduly onerous and unnecessarily increase the cost of administering a project. In nearly all the disputes I have been involved in (that’s quite a few!) – the use of a well written, resource loaded and regularly updated programme would have resulted in better decision-making, fewer forced errors and ultimately significant cost savings.

The more noisy criticism predominately relates to the recommendation of using the Time Impact method for delay analysis.

This is a prospective method of analysis, which the Protocol recommended be adopted after actual information and records become available. In practice this means that delay analysis results can be generated that do not match what was actually happening on site – which calls into question the entire basis of the analysis! Unsurprisingly these do not hold up in court, resulting in a disconnect between the Society’s recommendation and what is accepted in court.

As you are getting to know my mantra, common sense must prevail. Whilst the Protocol provides an important framework – one size does not fit all – and hands on, onsite experience of what happens in practice, combined with the appropriate time analysis technique for the situation, will always win out against an overly theoretical approach to claiming entitlements.

The Basis for Protocol Review

The world has moved on a long way since 2002 – technology is unrecognizable, the size and scale of construction projects is immense, the globalisation of many standards and procedures – all of which have impacted the construction industry. Ten years’ experience of working with the Protocol, seeing what was and was not adopted, feedback from industry overlaid with developments in law – meant a review of the Protocol was more than necessary.

In their findings, the Society concluded there were eight key issues that needed addressing:

1. The use of Time Impact analysis, especially where the effects of delay events are known.

2. The menu and descriptions for other delay methodologies for after the event analysis.

3. Whether the Protocol should identify case law (UK and international) that has referenced it.

6. The consideration of claims (prolongation/disruption – time and money) during project construction.

Somewhat oddly, but perhaps with the industry’s best interests at heart recognising the length of process to resolve all eight issues at once, Rider 1 was issued in July last year. Whilst I would have preferred to see a revised Protocol re-launched in its entirety – I recognise the dilemma of balancing that with fixing the thorniest issues in the list.

It focuses solely on the time analysis problems with the original protocol.

The contemporaneous submission and assessment of Extension of Time (EOT) and the awarding of EOT on a prospective basis is elevated to a core principle of the Protocol, similar to the approach of the NEC3 suite of contracts. This is sensible and allows you to manage project risk with more clarity around the completion date. Correctly, the recommended approach when dealing with financial losses remains that compensation is awarded retrospectively in recognition of actual losses.

Rider 1 has removed the preference for a particular type of delay analysis where such an analysis is carried out historically after the actual delay event. It also highlights the fact that selection of an appropriate analysis method is dependent on the “contract terms, circumstances of the project, the claim or dispute and the available records (amongst other matters) and these will vary between projects”.

I salute the declaration in Rider 1 that “irrespective of the methodology, fundamentally the conclusions of the delay analysis must be sound from a common sense perspective in light of the facts that actually transpired on the project. This is because a theoretical delay analysis which is divorced from the facts and common sense is unhelpful in ascertaining whether in fact the relevant delay caused critical delay to the completion date and the amount of that delay”. This is music to my ears!

So keeping in mind that the Protocol is a framework, aiming for best practices and methodologies to prevent and reduce disputes, surely overlaying these principles with a healthy dose of practical experience and know-how has to be good for business.

I see these as positive steps forward for our industry, and can only hope that the remaining six issues are addressed sooner rather than later!