Knowledge Bank ~ How to turn around an out-of-control project?

Whilst Asgard prefers to help set projects up for success from the start, we are periodically called upon to help turn around projects that have gone off the rails. In these instances – I won’t lie – the impossible task faced often renders the same emotion as a base jumper or downhill skier! You need to use all your skills and keep your wits about you to avoid certain (business) death! Thankfully, there is also an amazing satisfaction after turning a project around and ensuring a soft landing for everyone.

In this Soundbite, I would like to share with you a case study of a project spiraling out of control – learn from the causes, understand how to approach it and what the learning outcomes are for any construction business. Whilst this is focused on a deep-sea drilling rig – the situation could have happened on any construction project. 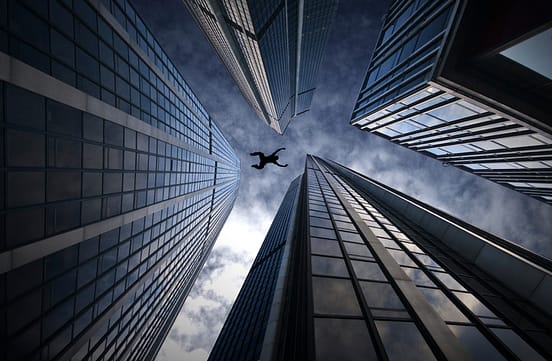 The project involved the refurbishment and upgrading of a deep-sea drilling rig. Although this is an ‘offshore’ project, many of the lessons can just as readily be applied to a building, infrastructure or indeed a mining project.

Occasionally clients recognise when all is not as it should be. Other times, lack of independent, expert oversight, means unfortunately senior management is unaware of the project disaster unfolding ‘at the coal face’.

However it comes to light that a project is hurtling towards budget and time overrun, the most important course of action is to put in place a turnaround plan. Don’t stick your head in the sand hoping that ‘it’ll be alright’ – that will cause more project deterioration and make it even harder to turn around.

The Approach of Forensic Experts

Continuing with the analogies, when first stepping into a project in trouble we become forensic scientists. We look at the evidence – records, interviews and onsite inspections. We bring all these elements together to find out what has actually happened and why. Understanding the situation clearly is the first step to fixing it. This process is also important in working out if claims for recovery of costs are possible, else readying management with sanguine advice if the best thing to do is to settle as soon as possible.

As with many such projects, this project was steadily slipping into the funnel of failure. A series of poor decisions and assessments had been made, and there was a reluctance to accept that things were getting worse not improving, which compounded the problems.

A significant contribution to the problem was poor programming of the work, along with overly optimistic assumptions with regard to necessary expenditure. A lack of objectivity and secondary oversight on the reporting meant that the gravity of the situation was not known at a senior level.

In summary the key problems which put the project in jeopardy were:

Initially Asgard’s remit was to carry out a thorough review of the project’s programme with a view to establishing a realistic completion date. This is because with each of the recent progress reports there appeared to be an ongoing slide in the completion dates, which were causing real concerns amongst executive management, along with increasing complaints from the primary client.

Following this review exercise it became apparent that not only were there some fundamental problems with the way that the programme was structured (missing logic etc.), but that unrealistic assumptions were being made with regard to what was reasonably achievable progress.

This series of assumptions and lack of accurate programming was causing fundamental issues with the procurement processes. Plant and equipment were not being ordered on time, which was in turn having a serious impact on the progress of the works. The shortcomings in the programme meant that no one was quite sure when items were actually needed on site or what the actual repercussions were of not meeting delivery targets.

Following on from this initial review, Asgard was appointed as the Project Manager and tasked with developing a realistic time frame for completion of this major piece of work, as well as developing a new realistic programme and budget.

Before working out the details, it was necessary to look at the overall project to develop a holistic strategy that would minimize any cost and time overruns, as well as ensure that the facility was complete and met client obligations.

The first thing that the team needed to do was to establish exactly what had been achieved to date and what needed to be achieved – as this was far from clear. We were then in a position to develop a reasonable time-line for completion of the outstanding work. This needed to use realistic production rates for the various disciplines within the shipyard, plus the work that was being carried out by third parties or parts of the project that were dependent on the delivery of critical equipment. These ranged from mission critical activities such as rebuilding the Blowout Preventer (BOP) to more mundane – but nevertheless essential ones – such as ensuring the sewage treatment installation would be complete on time.

Having developed a realist timeline, we were then in a position to apply a more accurate budget to that timeline. It enabled us to look at various scenarios and make informed judgements – for example what items needed air freight – this approach was critical to make cost/time critical decisions. All too often the budget is set first and then the plan developed to try to fit the budget – this is simply planning for failure. At the end of the day while it is possible to work more efficiently and more quickly, a certain amount of work will take a certain amount of time, just as night follows day.

Although the road to completion of the project was nevertheless a bumpy one, the revised milestones were progressively met and the financial targets achieved. Confidence from executive management increased. The end result of the recovery programme and overall project turnaround was a timely re-delivery of the drilling rig, ready to go to work to fulfill our energy needs.

As with many of the most challenging projects, there are many serious lessons to be learned from this project:

Perhaps the most important lesson to learn is that if a project is starting to slip behind schedule or drift over budget, do not assume that things are going to be ok – this is business suicide. A proactive approach to identifying and fixing problems is the best way to put your project back on track.