I have previously discussed why record keeping is critical, as well as managing variations, to help keep projects profitable and disputes at bay. Closely linked to these is understanding when there is an entitlement to claim for extra time or costs – from either prolongation or disruption. As an employer, it helps make you aware of risks to improve your decision making, and as a contractor, know when you have a right to make a claim. Unsurprisingly it further reinforces the need for an up-to-date programme, and accurate timely records.

I want to look at both prolongation and disruption, as they are frequently wrongly used interchangeably – and they are also often misunderstood. Clarity is important to understand each party’s rights. 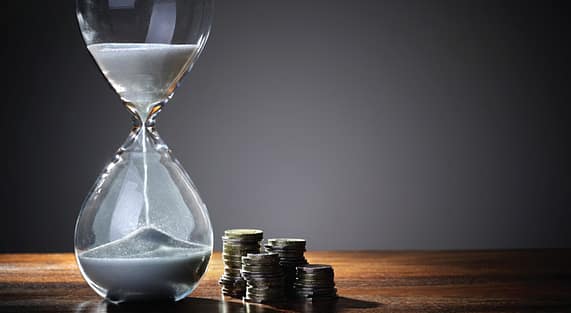 Delay claims, whether critical or not – Prolongation

As the name suggests, prolongation applies when a task takes longer to complete than was originally planned, and as a consequence uses more resources. It can relate either to the whole project, or importantly to note, simply parts of it. This means that it does not necessarily have to result in a delay to the overall project duration, making it essential you are accurately tracking both critical and non-critical activities; only then is it possible to know when a prolongation claim can be made.

Prolongation costs refer to those extra costs that a contractor incurs as a result of delays either caused by the employer, or for which the employer carries the risk. These could be events such as delays in issuing instructions, or not giving access to a site on the agreed date, or events such as weather where the employer is not the source but nevertheless carries the risk. Basically any event for which the employer is responsible and where the contractor has to remain on site for longer than anticipated. This means additional costs are incurred such as labour costs, plant costs and head office resources.

So whilst prolongation is related to a delay on the project – the key objective under prolongation is claiming costs relating to time, rather than claiming a time extension. This is an important difference to understand.

The Difference between Time and Costs

Whilst an extension of time claim can include additional associated costs, there is not a fundamental dependency that one will lead to the other. Extensions of time are primarily related to alleviating liquidated damages, not necessarily the payment of additional costs. Likewise, a prolongation event on a project can result in an entitlement to costs but does not necessarily mean an automatic entitlement to an extension of time.

To illustrate this point, let us consider the issue of weather. In a number of contract forms there is an entitlement to an extension of time as a result of weather preventing the timely progress of works. However, these contracts often do not permit the recovery of costs for such events – the extension of time is simply a mechanism to avoid liquidated damages.

What commonly happens in practice is that the process of applying for an extension of time, even though not necessarily expecting the associated additional costs, identifies that a prolongation claim may be due. This is because there may be situations where there has not been a critical delay to the overall project, but there may well be an entitlement to additional costs because part of the project had been delayed.

This is where the value of a properly constructed programme – both baseline and regular updates – is crucial in clearly identifying where a delay has used additional resources.

This situation may arise where there are multiple completion milestones on a project, for example a highway project with an associated control and administration building. Let us assume the critical path ran through the road component of the project, and the works on the administration building were expected to take no more than 75% of the overall project duration. It is entirely possible for the building component of the project to be delayed, whilst the project as a whole is completed on time. However this would result in additional costs associated with the increase in the duration of the supervision of the works at the administration building; though there is no actual delay to the completion of the works.

This shows the importance for both parties of appreciating the potential knock-on effect of an event, and not simply confining their analysis to the specific event in question.

Despite the vagaries of prolongation, it is simple by comparison to the challenges faced when trying to justify a disruption claim! This is because the disruption claim is trying to show that work has been completed in a less efficient manner…rather than simply just taking longer than planned.

As the name suggests, the issue of disruption relates to the fact that the contractor has been compelled to complete work in a less efficient manner than originally planned; effectively resulting in an increase in the direct costs associated with the work. Needless to say, of the two types of event, disruption is by far the most challenging to demonstrate.

In successfully demonstrating a case for disruption, the contractor must:

In real life all of these points will be affected by a myriad of factors – from labour to weather and quite possibly change or unforeseen circumstances. You can clearly see why there is a great need for highly detailed records.

Demonstrating the Specific Cause of the Disruption

In making a claim for disruption costs, where there are insufficient records, the contractor may be forced to go down the global claim route. Under this approach, they would state that more had been expended than planned due to a selection of events, so they are entitled to compensation. However with no causal link demonstrated, this type of claim has a high failure rate – the onus is on the contractor to prove a link between a disruption event caused by the employer and the associated costs.

So in practice, the contractor needs to show that the amount being claimed is related to the particular events in question. One way of doing this could be to bench-mark the progress against another project or a competitor in the industry. However, using contemporaneous records from the project in hand – for example to produce a measured-mile comparison with undisrupted works – will always receive more favourable results than either a theoretical or a global approach.

Mr. Justice Akenhead summed it up rather well recently by stating:

“In these delay cases, it is necessary to show that the claiming party was actually delayed by the factors of which it complains…”

“If the real cause of the delay is, say, overwork or disorganisation within the claimant, the fact that there have been variations…or late issue of materials is simply coincidental.”

Being Prepared for the Inevitable

As you can imagine this is a much deeper subject, and I have only scratched the surface to make sure you are aware of the differences, the potential entitlements and the importance of good record keeping. I realise I sound like a stuck record but experience teaches me this is one of the single best ways to contain disputes.

When dealing with prolongation and especially disruption, the starting point has to be an adequate and accurate understanding of the contract and its specific requirements. For those drafting contracts, it may also be worth considering specifying in the contract the method to be used for delay analysis – the appropriateness of this is likely to hinge on the nature of the project.

Setting out a detailed and agreed works programme upfront, and ensuring there is effective project reporting to keep it up to date, will help create a benchmark for productivity and also a foot-print for identifying when a claim may be triggered. This is important from both parties’ perspective, to improve decision making, ensure mutual agreement on the impact of events and allocation of responsibility. As hard as this can be, this is a much more pragmatic approach than waiting until a project goes off track and relationships break down – before lodging a claim.