Knowledge Bank ~ Variations – How to stop them destroying project success

Changes to a construction project from outset to completion are inevitable. Rarely does a sizeable project not change in scope from start to finish. Since this is the real world we work in – anything from design changes to regulatory updates can impact the original scope. Variations to a project can have a huge impact on profitability, and therefore procedures for defining and handling them are dealt with in the contract’s fine print. As I covered in the previous article on record-keeping – it is important that all parties are clear on contract definitions and their obligations, and importantly ensuring all the necessary records are maintained so the impact on profitability is minimalised. In this Soundbite, we look at the key practical points to note, potential pitfalls and how to protect your project against them. 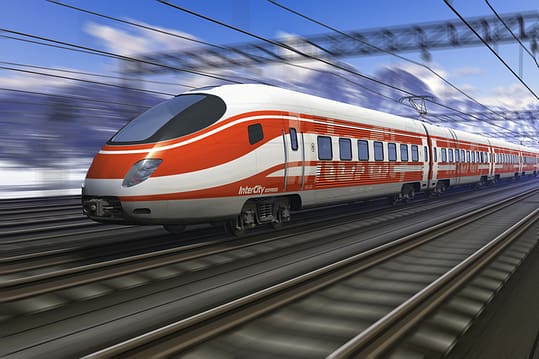 What is a Variation

In essence ‘Variations’, or change orders as they are sometimes referred to, are amendments to the terms of the original contract or works’ scope. Needless to say, these changes usually have a time and cost impact on a project – and are one of the largest causes of disputes.

By definition, variations are far more common in re-measured and activity schedule contracts than the design and build variety – however they do crop up sufficiently in the latter types to justify understanding their application and impact.

The Right to Variation

All contracts have scope in them for variations – however there are limitations on when they can be applied.

Notwithstanding the drafting of variations clauses in a contract, there are specific restrictions on what the engineer may instruct, shaped by case law. Common sense prevails, and unsurprisingly an engineer cannot change the fundamental basis of the project works by way of variation. Any extra works that are instructed, if they are to be performed within the terms of the contract, should be of a similar character and extent contemplated by, and capable of being carried out under the provisions of the contract.

The case of Blue Circle v. Holland Dredging Co clearly shows how the logic is applied. The original tender referred to dredged material being deposited on land approved by the public authorities. Resistance to the plan came from several quarters and as a result an alternative plan was agreed to use the excavated material to form an artificial bird island. It was argued by the contractor that this was not a variation to the works within the confines of the contract but a separate contract in its own right. The judge considered that the construction of the bird island was wholly outside the scope of the original dredging contract and therefore constituted a separate contract.

This restriction prevents the engineer from making fundamental changes to the scope of works based on the premise that they are variations. If attempts to make fundamental changes are accepted by the contractor, he may find himself doing work outside the contract, which would need to be valued on a quantum meruit basis. Putting aside other contract implications, such a situation is likely to significantly increase the level of risk that the contractor is exposed to.

To both accommodate and protect the interests of both parties, the contract should provide a clear framework so that the contractor can recover additional costs related to correctly directed variations. Alternatively it should also allow the engineer to make a reduction in the associated costs if appropriate.

This was highlighted in the case of Commissioner of Main Roads vs Reed, where the engineer attempted to delete part of the works relating to the placement of top-soil, only to award the works to another contractor at a cheaper rate.

The prevailing judge made the point that – ‘Were the engineer permitted to do so it would, I think, run counter to a basic concept of the contract, namely that the contractor, as a successful renderer, should have the opportunity of performing the whole of the contract works’ [sic].

A word of caution to contractors with regards to variations to omit works, and the use of sub-contractors. In the case of Chadmax v Hansen & Yuncken Pty Ltd, where the engineer issued a variation to the contract to eliminate a relatively minor piece of work – which as noted above is an entirely reasonable course of action. However, this left the sub-contractor in the position where almost all of his work was deleted. The subcontractor then sued the main contractor for the repudiation of the contract and won.

The Money is on Variation Valuations

The hotly debated and most important issue of variations is how they are priced. There are broadly accepted principles that should be adopted when it comes to the valuation of variations, such as using the rates within the contract for works that are of a similar nature. However, rarely are all things equal and where a related rate cannot be found then a reasonable sum is due.

What constitutes a reasonable sum can be a contentious issue, as we can see from Laserbore Ltd v. Morrison Biggs Wall Ltd, where the judge rejected that a reasonable sum was not directly related to the actual costs incurred, but should be set according to market rates. However, contrary to that judgement, reviewing the case of Weldon Plant Ltd v. The Commissioner for New Towns, actual costs incurred was deemed a reasonable starting point provided that it could be demonstrated that they were reasonably and properly incurred.

The take-away from these conflicting cases, is to make it very clear in your contract upfront the valuation basis for variations – meaning both employer and contractor are aware of the risks of applying and accepting variations. Equally important is the need for robust record keeping – including time records – so that all incurred costs can be justified and claimed.

One Contract does not fit all

However, when it comes to variations – or compensation events as they are referred to in the ever more popular NEC3 suite of contracts – then caution must be the watch word. Gone are the days when you quoted a price for a variation and would normally be paid for it. If a change is made to a contract, there are specific conditions on when and how you notify the other party of the change. Failing to comply with these notification requirements could limit your ability to recover costs.

In terms of valuations of variations, there are numerous methods depending on the type of contract and contract terms. These can have very serious implications on the bottom line of your project at completion.

Failure to appreciate these nuances and the subtle differences that can exist between the various types of commonly used contracts can mean that contractors find themselves deprived of payments for no other reason other than poor contract administration.

Variations to a project can happen on a day to day basis, and although considered simple at the time – cumulatively they can turn into a minefield if they are not properly managed.

Here are some tips on how to avoid the pitfalls that can be caused by contract variations: