With data at the touch of our fingertips, and quantum leaps forward in construction software, it’s easy to understand why record keeping is often overlooked. However the issue of good record keeping is as old as our industry, and its importance today is the same as the pre-digital age. Given that proper record keeping can singularly make or break a compensation claim, this article offers a reminder on the ‘definition’ of records, takes a look at some of the precedents set in the courts and also the obligations on record keeping within contracts. 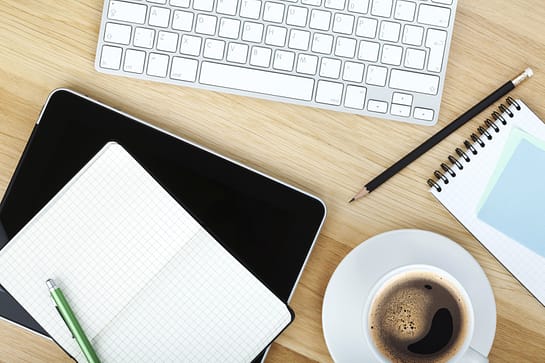 We all know in theory that the failure to maintain adequate records can have far reaching consequences, so how come in practice they are too frequently not sufficiently maintained? In an attempt to address this problem, let’s start by looking at exactly what we mean by ‘records’.

Traditionally records are a broad but readily definable spectrum of information ranging from cost records and time sheets to baseline programmes and their monthly updates. Such detailed analytical records would naturally be matched with those of a more narrative nature; minutes of meetings, general correspondence and of course the all-important site diary.

All these information sources are important, however equally important is that they support each other – especially the site diary – the piece of the puzzle that is frequently overlooked. If the site diary is not maintained in a disciplined and objective manner, then you may find that it does not provide the value that was intended. In the case of Oldschool v. Gleeson (Construction) Ltd conflicts between two sets of diaries had a detrimental impact on the arguments being put forward, which then lead to broader concerns over the reliability of testimony.

In addition to these traditional methods of record keeping, there has been an almost exponential growth in the amount of information that is readily available in the digital age. This makes it relevant to add further sources to the list including information contained within live BIM models, the contents of electronic document management systems, not to mention the likely plethora of photographs from official site photographs as well as personal telephones.

A helpful reminder to illustrate the repercussions where best practice on record keeping is not adhered to, and more specifically, the particular requirements of the contract, let’s look at some case studies which have set precedents on how the courts view this.

The judgement in Attorney General for the Falkland Islands v. Gordon Forbes Construction (Falklands) Limited (2003) helps illustrate the point. This project involved the construction of a housing development in the Falkland Islands using the FIDIC 4th Edition conditions. These, as with most standard forms, defined the procedure that the contractor is obliged to follow when a claim is being submitted. It stated that the contractor, if he intends to claim any additional payment, must give written notice to the engineer within 28 days after the compensation event occurred. The contractor is also obliged to keep such contemporary records as necessary to support the claim. It is worth taking note of the very specific language that is used, i.e. the notice must be written and it must be made within 28 days of the event, not when the contractor became aware of the event – a subtle but potentially important difference.

In the event that the contractor fails to comply with these requirements, the contract states that his entitlement will not exceed the amount the engineer or an arbitrator could consider verified by contemporary records.

Since the Falklands case there have been some other noteworthy cases that have shaped industry thinking. Although they provide reassurance that poor records do not always lead to a lack of credibility for the witness, they certainly endorse the legal requirement for timely and complete records.

The case of Liverpool Museum Case v AEW Architects and Designers Ltd 2013 [sic] revolved around the cost of extra personnel hours. The frequent counter argument put forward in such cases is that there is no entitlement to costs where the person would have been on site anyway, as there is no real loss. However, the earlier case Bridge UK.Com Ltd vs Abbey Pynford Plc 2007 held that such an argument would be incorrect and that it would be possible to recover costs associated with lost time.

Both these cases are relevant on the issue of contemporaneous records because they both involved the cost or loss of time dealing with problems on a project. However in both these instances staff had not maintained contemporaneous records of the time spent dealing with the problems generated by their contractors, and although they were able to recover some of the costs that they incurred, it was only the portion for which the records supported.

The important lesson to learn is that companies who are a party to a construction undertaking, whether as a client or a contractor should thoroughly review their record keeping obligations and corresponding procedures and ensure they are:

Only when such arrangements are in place can parties reasonably expect to recover their full entitlement to compensation.