You all know the text book theory on the best practices for project management, including the importance of an accurate project programme. NEC3 has now endorsed their importance by tying programming to a number of key clauses. So at contract stage, make sure your programming is robust and not just a box ticking exercise, otherwise employers now have the power to withhold 25% of money due. 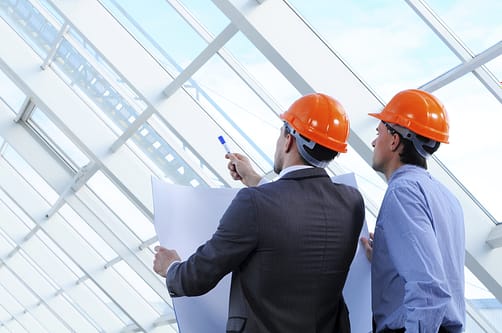 The first edition of the NEC form of contract was issued in 1995 by the Institution of Civil Engineers. There have been numerous revisions since, so we now find ourselves dealing with the NEC3 form.

The likelihood that your contract will be based on NEC3 is becoming more common. This is especially true in Hong Kong where after a number of pilot projects (including Tin Shui Wai community hospital and the Happy Valley underground storm water storage scheme), the government has committed to using NEC3 for the majority of government contracts in 2015 and beyond. If you want to be in the game on new contracts, understanding the nuances of NEC3 is essential for being competitive and profitable.

The Rise of the Programme

NEC3 requires a detailed and regularly updated programme to effectively operate a number of the clauses within the contract.

Under previous contract regimes, a project programme was all too often considered as an afterthought and only really turned to when problems started to arise. Sadly it was at this point that they were often found wanting; all too often having been poorly thought out, prepared by a junior member of staff and only submitted and updated because it was a contractual requirement.

NEC3 clearly recognises its importance, so failure to pay due care and attention could now become more costly when problems occur – given determining costs and damages when a compensation event occurs is now contractually linked to the latest approved programme.

Right to hold back 25% of value of work done

Perhaps the overriding reason that this needs to be taken seriously, is that 25% of the value of work done may be withheld until the contractor submits the first programme to the project manager for approval. It should be self-evident that not doing this will immediately have an adverse impact on the cash flow position of a project.

For the first time, the information and detail that must be included in the programme is now listed in the contract. Based on the requirements of the contract, Critical Path Analysis would be the surest and most accurate method for delivering a programme to the required standard.

It is worth noting that if the detail is not included in the programme submitted by the contractor, the project manager has the right to reject it. Keep in mind the earlier point, that 25% of revenue due for work done can be withheld without submission of an adequate programme.

With previous forms of contract and their lack of emphasis on the programme it would have potentially been possible to produce a bare-bones programme. However, with the emphasis in the NEC3 that is simply not possible.

Details of float and time risk allowances have previously typically been discussed in the negotiation phase of contracts, and not generally been part of the contract. NEC3 requires their identification within the programme – which means the project manager is clear at outset what risks the contractor has considered for the project, and importantly whether or not they are realistic. Unrealistic assumptions give the project manager the right to refuse to accept the submitted programme.

Programme is king in the case of compensation events

If a rigorous approach is not taken to the contract programme then serious issues can start to arise after compensation events.

The contract makes it clear that any assessment for compensation is based on the latest agreed programme, and there should be no revision if the forecast on which it is based is later shown to have been wrong. This therefore means greater pressure on the contractor to accurately draft the programme, but also a burden on the project manager to ensure the programme he agrees is realistic and accurate.

Without a well thought out and effectively administered programme the contractor could well find that they are struggling to justify the delays to the Completion Dates.

It is also worth noting that NEC3 is now much more specific on the timelines for notifying and placing claims for compensation events, which means you need tight management of your contract administration to make sure opportunities are not missed due to an oversight at site level.

Terminal float may be consumed

The nuances of the new contact effectively enables the contractor to plan to finish early, safe in the knowledge that the terminal float between his planned completion date and the contractual completion date may not be used by the employer. However, conversely this could be immaterial if his programme is inadequate resulting in compensation events not being captured – meaning the float may end up being drained. This scenario would needlessly impact the contractor’s profitability.

One frequent comment about the NEC3 contract is that because of its relative youth there are precious few legal cases to confirm interpretation of the contract clauses. This is a legitimate comment, but the absence of cases should not be interpreted as a general absence of disputes and disagreements.

Bad project management habits can be costly under NEC3

Ultimately the key takeaway is to make sure your initial programme is robust, and more so than ever before, you need to make sure your programme remains accurate, up to date and your contract administration is in order. This is the best route to ensuring all damages and costs can be claimed, terminal floats are kept, and ultimately delivering a project on budget.