Even before the oil price fell off a precipice, the oil majors were running unsustainable levels of return on major oil and gas projects. With nearly half of all projects needing an oil price at $120 to achieve positive cash flow, some significant savings need making. One way of reducing the cost of major capital expenditure projects is not by reducing expenditure, but by ensuring more is done with less. How can this be achieved? 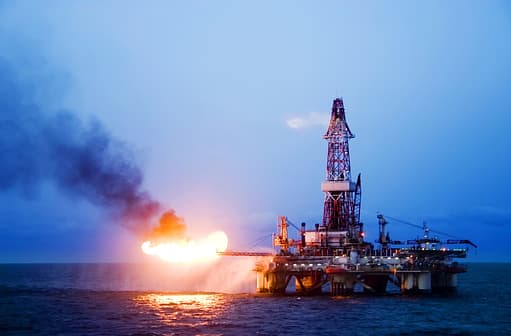 Raising the point of how improving project and risk management techniques could have a real impact on the investment return of major oil and gas projects resonated strongly at an industry conference recently. I pointed out that failure to adopt construction best practices can result in a business suffering a slow but inevitable decline in competitiveness.

These are not hollow words. A Wall Street Journal report last year outlined that the current rate of expenditure by some of the oil majors is at an unsustainable level, especially with regard to capital outlay and related to the production it generated:

If this worrying trend is to be reversed then greater efficiencies must be delivered. One way of doing this would be to reduce the cost of major capital expenditure projects – not by reducing expenditure but by ensuring more is done with less; enhancing the competitiveness of those that have the will to make the necessary changes.

It seems we are not alone in making this observation. A recent article in The Economist also focused on the challenges that exist, especially in relation to the execution of major capital expenditure projects. It reported that spending has soared for many publicly listed majors, and a leading consulting firm had calculated that the productivity of upstream capital spending had fallen by a factor of five since 2000, and was continuing to fall.

This has partly been due to the demand for oilfield equipment and services outstripping supply – inevitably increasing development costs. The Economist also reported that even before the recent precipitous drop in oil prices, overall costs had been exceeding revenue, and that nearly half of projects would need an oil price in excess of $120 to achieve positive cash flow.

Why structural reform is needed within the industry

Although some of the problems are cyclical in nature, and therefore extremely difficult to counter; such as the fall in oil price and the current reduced demand, a number of them are more structural, and costs have been rising at an unsustainable rate in the face of a significant skills shortage. However, even if there was less new capital expenditure, this would likely be offset by an increase in maintenance expenditure; still exacerbating the skills shortage.

The current pressure on day-rates, especially within the mid-water sector, is compound by the large amount of speculative building that has occurred over the past few years in China and the south-east Asian yards. This is good for the oil majors and the end consumer in general as it will serve to drive down exploration costs; though obviously not quite such good news for the drilling contractors.

However, this view misses the point. As has been the case before, this is likely to prove to be a cyclical shift as opposed to structural change within the industry. So when the inevitable up-swing occurs the industry will be left in a similar situation with the risk of late delivery and cost overruns ever present, both on new-build and maintenance projects.

Reduced capital expenditure, with a tight skills base and increased maintenance expenditure will only go some way toward dealing with the cost pressures in the upstream side of the industry. Rather than simply reducing the expenditure, what we really need to be looking at is more efficient execution and improved risk management.

How to make more profitable decisions

The issue of risk management in its broadest sense is a fundamental pillar of effective project management, and is the mantra of leading project management bodies. However it is one I believe that has not been fully embraced by the oil and gas industry when executing and managing projects, and therefore an area where there is scope to make cost savings.

By meshing a general construction schedule with a statistical model – i.e. Critical Path Method and a Monte Carlo Analysis – it is possible to analyse the potential impact of different decisions to ensure that the correct approach to the execution of a project has been taken.

The question often asked is whether this approach actually generates improvements to a project or is it merely a process focused on analysis without the ability to generate any real fundamental results.

Flipping it on its head, if such methods are not used, then experience has shown that a number of challenges are likely to result. The first is that if a structured plan is absent – which seems to be the case on a disturbingly regular basis – then it becomes increasingly difficult to effectively manage the project. This is because time almost becomes at large; with a complete lack of clarity with regard to how long it will take to complete all of the tasks at hand. Such a lack of certainty also hampers even the most basic of decisions such as whether equipment needs to be air freighted or if sea freight would be adequate, or even simply how long a project team needs to be maintained for.

In addition to hindering the most basic of project management processes, the lack of a structured plan can ironically also be of detriment when it is needed the most; when the project is in difficulty. This would be the case whether the difficulties were driven by problems associated with the supply of equipment or the general rate of progress of the works in question.

Changing the risk management culture from within

My experience has shown that there are a number of key approaches that, if taken during the early stages of a project, can have a real impact on both capital and labour productivity. Perhaps the most important of which is having a clear and well drafted contract with a firm idea of the scope of work – project creep in this regard is a common cause of delayed completions. Schedules need to be used to actively manage the project – not simply to fulfil a contractual requirement. They need to be stress tested and updated systematically on a regular basis. Key is also having a structured and consistent approach to risk management with buy-in from the senior management.

Having worked on major construction projects across industries, I passionately believe there is significant scope for the oil and gas industry to learn from the pain and experiences of other industries. Where they too have come under pressure on margins, which has forced them to stand back and look at how they can achieve more with less. I think the falling oil price might actually be a catalyst for change the industry needs.