Knowledge Bank ~ Why measuring your project’s mile is important

Productivity is a hotly debated subject – during initial contract drafting, project management meetings and updates between clients and employers. This is unsurprising given productivity levels can make or break a project’s success.

However it is inevitable that disruptions will impact productivity, this is real life after all not textbook theory. Being well prepared from project outset to handle disruptions makes handling the fall out from them much easier.

Given a loss of productivity means increased costs, these need to be allocated to one party or the other. This is where being able to measure your project’s mile can be key to successfully claiming additional costs or defending your company against such claims. 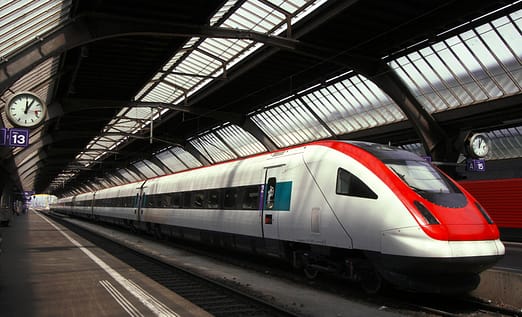 Although they are arguably the same, from a legal perspective they are treated as two separate issues. It is entirely possible to have a substantial disruption to your construction project – resulting in extra resources and rescheduling so deadlines can be met – without any delay to the project. This means there could be a claim for extra costs for disruption, even though it was delivered on time.

Having said that, delay and disruption are certainly bed-fellows, and it is common to find them occurring on the same project as a consequence of the same event. One normally leads to the other.

What events are considered a disruption?

To determine if there is a basis for a claim, you need to identify what types of events are considered a disruption in the context of your project.

Typically, this is where a contractor has been prevented from completing work as originally scheduled. This is usually due to some external event, for which the contractor is not responsible. This event will have interrupted the planned sequence of work, activities or processes, which were fundamental to the execution of the project.

The key point to note is that there will only be an entitlement to additional payments in situations where the cause (i.e. ‘relevant event’) is not deemed by the contract to have been the contractor’s responsibility. An example of such might be weather, where different contracts frequently apportion the risk for adverse weather conditions in different ways.

Making sure your contract clearly defines which events are relevant to justify a claim for additional costs due to disruptions is key, as well as making sure your project team are well versed on this.

War of Words – Productivity vs Production

In making or defending against a claim, the burden of proof is on the claimant to prove cause and effect. This leads onto the thorny issue of measuring and quantifying the impact of the disruption on productivity, and therefore substantiating losses.

All too often there is the misconception that ‘production’ is the important measurement, where as in reality ‘productivity’ is the crucial metric. After all, it is only when you can show a fall in productivity rates that you can start to see the increase in unit costs needed to compensate for the disruption.

Practical application of the Measured Mile

This is where the ‘Measured Mile’ concept comes into play. The concept looks at a portion of the project where there has been no disruption over a reasonable length of time, and measures the productivity within that period. A similar exercise is then done for a disrupted portion of the works; where events have precluded the smooth rate of progress that had been expected. Comparison of these two data sets is then the basis for demonstrating the extent of the disruption that has occurred.

There are a number of fundamental principles that need to be followed when using this method, especially when comparing the two different rates of progress:

How to handle multiple disruptions

Implementation of the Measured Mile can be a challenge in highly complex projects or where disruption is pervasive, and it is difficult to identify an undisrupted section of work.

It such circumstances ‘production’ is used as a proxy to identify a ‘Baseline Period’. This requires the identification of periods of peak production; which represent at least 10% of the work in question. This baseline is then used to calculate ‘productivity’ of the Baseline Period.

Although there are issues with this approach, it can be argued that such an approach is still better than attempting to base a claim on a standard industry production rate, that may be based on very different circumstances.

As with all analysis methods when making claims, it is essential to have confidence they will be accepted by the opposing party, as well as a judge or tribunal should it end up in a hearing.

Recognition by the Society of Construction Law adds weight to using this method, as they state that “The most appropriate way to establish disruption is to apply a technique known as the Measured Mile”.

However a word of caution that common sense must prevail, and that the application for additional costs must clearly show that the disruption was the true cause of low productivity, and not due to the contractor’s own issues. This was eloquently demonstrated by Mr Justice Akenhead in the case of Cleveland Bridge UK Ltd v Severfield-Rowan Structures Ltd (2012) where he stated:

“In these delay cases, it is necessary to show that the claiming party was actually delayed by the factors of which it complains…if the real cause of the delay is, say, overwork or disorganisation within the claimant, the fact that there have been variations…or late issue of materials is simply coincidental”.

The Measured Mile is considered the preferred method for calculating disruption costs, however it is totally dependent on having the right data to enable the calculation to be made. This means having the right reporting mechanisms in place at outset to capture this data. This also provides the added benefit of ensuring your project management reporting is robust, and helping you identify low productivity before it becomes a major issue.

Finally, it is important to stress this is a concept rather than a prescriptive method, so its application needs to be tailored for different situations. Which is why, the right expertise, experience and competency is needed to produce a result that stands up to scrutiny.