Nobody likes disputes but they are a fact of life in our business. Resolving them quickly and fairly is key to stopping the cost of them spiraling upwards. Whilst many contractors and their legal counsel have a pool of pre-approved expert witnesses, I remain highly skeptical whether all of them are suitable to support the resolution process. 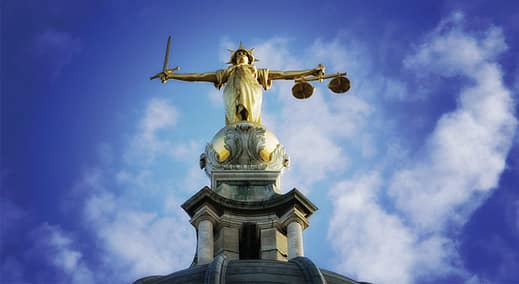 There have been some eye-brow raising claims presented over the years by expert witnesses, and some cases where it is dubious whether the instructed party was as well-informed as they should have been.

The Case for Experts

When relationships start to fail and the language of dispute blues the air, expert advice is usually needed at a number of stages.

Their simplest role is ensuring that all variations to the original project and schedule are valued, and that appropriate records are submitted to the relevant parties in line with contract requirements. Usually contractors will have some form of in-house resource who can deliver this function, otherwise it should be outsourced. Although this is a basic requirement it should not be overlooked as failure to do so can reduce the chance of successfully claiming costs further down the line.

As a project becomes more complex, then external expertise is usually needed to provide valuations of the nuances of each variation. Evidently in any form of time related dispute where cause is unclear, expertise is needed to carry out a forensic delay analysis to establish which party is culpable for the delays associated with particular events.

Ultimately, clear and objective expert advice is needed so you know your company’s position in the dispute – be it a position of strength or of culpability. Knowing this is essential to enable your legal counsel to develop a coherent strategy through the resolution process.

Given the pivotal role that experts have in the decision making process – and their ability to either make or break a case at a tribunal or in court – it is imperative that they are chosen wisely.

In my experience, there are certain crucial factors that need to be considered when selecting an expert.

Yes it might sound obvious, but this needs to be assessed in the broader definition of the term ‘qualified’. It means checking that the person is qualified to give evidence not that they necessarily have extensive qualifications in the subject matter.

The dilemma of defining whether someone is qualified to give expert advice is an age old problem; a favourite reference case is R. v. Silverlock [1894]. Although the case is old, the judge made a point still relevant today, questioning that although the witness called upon had expertise in his field he did not in fact have any experience. The judge raised the question on whether or not this made him ‘peritus’ (Latin for ‘skilled’ if you were wondering) in the eyes of the court.

Of course check that your expert has the right qualifications, and is a practicing member of a credible industry body. It is also worth finding an expert who has gone through specific training in dispute resolution. However, underpinning all of this, I would venture that the most important requirement is practical knowledge and experience.

All too often you can encounter an expert witness who has an extensive theoretical knowledge on scheduling and delay analysis, but who has no recent, if any, practical experience of working on a live project. I am certain such theorists have never had to write a baseline programme and live with the consequences of it throughout the life of the project. They are confined to taking a textbook approach to the analysis, which in certain circumstances could mean risking it being based on a false premise. In the worst-case scenario this could result in the ‘expert’ being unable to identify holes in their own, or the opposing parties’ arguments, because they do not have the experience to identify what is and is not actually achievable in practice.

2. Understanding the Legal Context of Disputes

As well as having the necessary practical knowledge of the construction project under dispute, it is also imperative that the expert understands the legal context.

Do they have experience negotiating and executing the contractual technicalities within a construction project? Do they understand the legal principles and precedents which are underpinning the dispute? For example, such matters as how concurrency is to be considered following the judgment in Walter Lilly v Mackay or ownership of float in the context of the NEC suite of contracts.

The Stelux Holdings (2004) case in Hong Kong is a good example of how an overly theoretical approach, without regard to the practical reality of the project, can cause a claim to fail. The contractor’s attempt to overturn the Arbitrator’s ruling in court failed, in no small part, due to the testimony of the scheduling expert. Their evidence was used to argue that the contract made it clear that both ‘delay’ and ‘likely delay’ would justify an extension of time – despite the fact that the delay in question had no impact on the final delivery of the project. Common sense prevailed and the court rejected the claim, indicating that a theoretical or artificial result which has no regard to the ‘as-built’ situation will be rejected. Expensive arbitration and legal costs could potentially have been avoided had the expert had a better grasp of both the physical realities of the project and the legal context in which the delay analysis would sit.

Another increasingly important factor is that of intellectual dexterity. Ask any legal counsel their criteria for a good expert witness – and being able to ‘perform in the box’ is likely to feature in their reply.

Preparation of a report and potential responses to questions from counsel in a structured manner is no longer adequate; today’s expert must be able to operate in dynamic and unpredictable situations. With the growth of hot-tubing and other modes of simultaneous evidence sharing, it is imperative your expert can competently respond to questions within a fluid and potentially uncontrolled environment.

If their performance is particularly poor, you could well find questions being asked about their competency of the subject matter in hand. A situation that should obviously be avoided at all costs.

It is not unfair to argue that an expert in his field who has up-to-date practical experience, and a knowledge of the legal context, is more likely to have the nerve to stand by their findings and eloquently explain their reasoning under pressure, than a theorist or out of date practitioner.

4. Independent with no conflict of interest

It should go without saying that the expert must be objective and be able to demonstrate that objectivity. It is one strong argument for using external expert witnesses rather than in-house.

There has been much discussion recently over the rise of the ’hired gun’ with experts acting as advocates rather than independents. Expert witnesses are hired to provide clarity on technical issues to the lawyers and the judge, and not to better their own interests. However, given that the experts earn their livelihood from being hired by clients, there is inevitably a degree of pleasing the client. I would prefer to see this as ‘relationship management’, and ultimately if an expert comes under pressure from their client they must hold their position. Otherwise they would be doing a dis-service to their client, and longer term affect their own credibility within the industry.

Unsurprisingly this is not a new concern. Lord Abinger v Ashton [1874] where Sir George Jessel said: “…Undoubtedly there is a natural bias to do something serviceable for those who employ you and adequately remunerate you. It is very natural…instead of considering themselves witnesses, rather consider themselves as the paid agents of the person who employs them.”

Closely linked to the point of objectivity, is making sure there are no conflicts of interest. It goes without saying that an expert’s opinion would be called into question if a potential conflict of interest was identified, which would be highly detrimental to a case. Leaving no grounds for doubt on any vested interest by the expert witness in the outcome of the case is essential.

Ultimately the greater the knowledge and experience of your expert, the stronger their testimony will be.